The Hand In The Sky 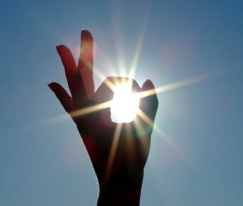 One of the obviously wonderful things computers have done for astrology is to enable us to cast a lot of charts for every conceivable moment, speeding our learning process as we compare hundreds of charts with their owners (natal) or moments (horary and events) and see what patterns emerge. It wasn’t so long ago that it took poring over ephemerides and house tables, adding up columns of adjustments for longitude, sidereal time, elapsed time, and lots more just to get a single handwritten chart. But the advantage was, of course, you had to learn all about planetary speeds and motions in the process, the critical groundwork too many astrologers these days do without.

But what the computer takes away in that respect, it gives back double, because you can now also animate the sky and watch all those relative movements of faster and slower planets cross and pass each other, forming evolving patterns like the fingers of a giant hand flexing itself across the sky. You can do it at any time frame – from the expansions and contractions of a single month or year to the broad outer planetary patters of the ages. I do it with one of the features of Matrix’s Winstar (or earlier, Winstar Express), but I suppose there are other programs that do it as well.

The evolution of 2010 is actually one of the more picturesque years to look at, as we’re watching the giant T-square of Saturn opposite Uranus square Pluto in its final stages before it breaks up at the end of the year, with Jupiter and Mars joining the fray in the middle and the rest of the planets filling out the rest, with some dramatic lockups in late spring and late summer. You can see the whole thing as a video here (best download it right off for later replay, as it’s a 14meg file, a bit time-consuming to bring up every time), and it’s worth a look. The year rolls through almost all of the classic “Jones patterns” (except for a true bundle) starting out as an opposing-fingers see-saw in winter, expanding into a wide-open palm with spread fingers by late spring, and then as the fall wears on gradually withdraws well inside a single hemisphere until it’s almost a clenched fist by the New Year. It’s like a continual set of celestial mudras, the hand of Brahma outstretched and communicating abstract visions to the rest of us here below, whose fortunes open and close accordingly, with each new nativity carrying its own metaphorical message to which an entire life will be devoted, like each of our own…

This entry was posted on Tuesday, April 6th, 2010 at 3:29 am and is filed under Uncategorized. You can follow any responses to this entry through the RSS 2.0 feed. You can leave a response, or trackback from your own site.